Jonathan has outstanding credentials to move the company to its next strategic level.  He has successfully built companies and created systems that save both time and resources.  Mr. Bonnette co-founded United First Financial (UFirst) which created the Money Merge™ system.  This system software applies existing banking tools, 1:1 coaching, and web-based software to aid consumers in paying off their mortgages and consumer debt in approximately half the time.  In 2008, he received the prestigious Ernst & Young Entrepreneur of The Year® Award.

From 2006 through 2014 he worked for United First Financial, a company which he co-founded and maintained an ownership stake.  United First Financial was a direct sales company with a financial services product that would teach individuals on how to pay off debt in record time. He served as company president and oversaw information technology and operations.

Mr. Bonnette has owned many private companies and been actively engaged in managing and directing their growth and success.  One of the companies he owned had over 240 employees, over 70,000 independent agents and revenues of more than $120,000,000 per year.  He has also owned a software and technology company giving him experience that will help broaden our solutions to the cannabis industry. 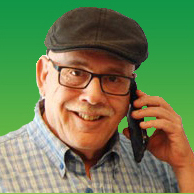 Wayne Zallen – Chairman of the Board of Directors & CFO

What has today become Grow Condos, Inc. began in October 2013 when Mr. Zallen bought an unfinished, industrial warehouse from a local bank and subsequently developed it into a safe haven for medical marijuana growers. Mr. Zallen has since developed an innovative lease-option model that benefits both the grower as well as the investor. In April 2009, Mr. Zallen gained deep industry experience by developing an aeroponic growing method that produces superior quality medical marijuana in a minimal amount of time.

From 2006 up to the present, Mr. Zallen was the President of Sigclo Enterprises, LLC a business incubator specializing in importing and distributing goods through a multitude of web based consumer channels. Prior to that Mr. Zallen specialized in buying, building, and assisting startup companies in achieving their untapped potential. To date these businesses continue to operate profitably.

From 1986 to 2000 Mr. Zallen was involved in the financial services industry, owning one of the first Allstate’s insurance franchises and achieving a top 1% national ranking. Later he went on to establish a San Francisco Bay Area regional office of American National Financial, Inc., where he hired, trained, and developed sales agents to originate over $8 million USD per month in wholesale and retail loans across Northern California.

In 1977 Mr. Zallen obtained an Industrial Design Bachelor of Science degree from The Ohio State University.

Joann is a native of New York; was raised in central Ohio, and spent most of her adult life in the San Francisco Bay Area. Having recently relocated to Southern Oregon.

Mrs. Cleckner previously worked in the Tax Department of Bank of America and when the
division she worked in was sold to General Electric, she became a Divisional Controller for GE.

After years of gaining invaluable experience in a large corporate environment, Mrs. Cleckner worked for various clients doing contract accounting. Subsequently, she took a position in Public Accounting, working as a senior auditor and passing the Uniform CPA Examination and earning her California CPA license. She then opened her own practice, specializing in small business consulting and taxes.

Mr. Sanko is a Certified Professional Accountant (CPA) and has provided tax, accounting, and consulting services to clients for the past five years, including working as a contract CFO, Secretary, and Director of Kush (a private Nevada corporation) for the past year and a half.

Discover our new line of
Cannabis friendly RV and
Campgrounds